The neural mechanisms of Transcranial Magnetic Stimulation (TMS) are still not fully understood. We study the effects of TMS in a non-human primate model with electrophysiological recordings. Analysis of this electrophysiological data shows an early TMS-evoked potential component (N50) that  is dose and stimulation location dependent. Electric field modeling can further explain these differential effects. 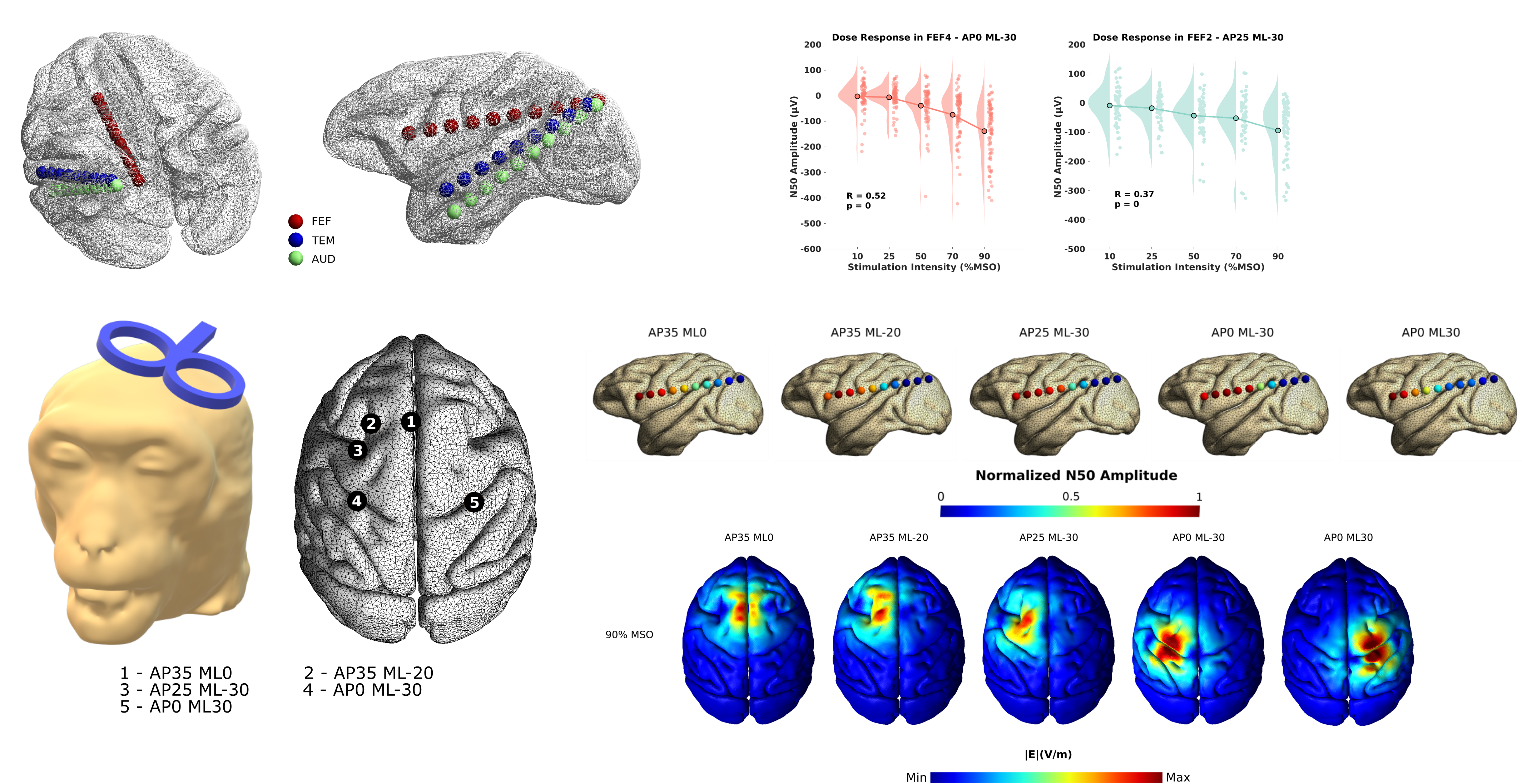 Intensities of tACS affect change spike timings and create neural entrainment in single cells. phase locking values (PLV) during stimulation are enhanced during all intensities and increasingly so for higher intensities for responsive neurons while the spiking rate during tACS for all neurons and responsive neurons is quite similar regardless of the tACS intensity.

Transcranial alternating current stimulation (TACS) is an emergent method of non-invasive neuromodulation that can engage frequency-specific brain oscillations. We propose a new application of multi-channel TACS to hyper- or de-synchronize distant brain regions by driving them with the same frequency but at different phases. 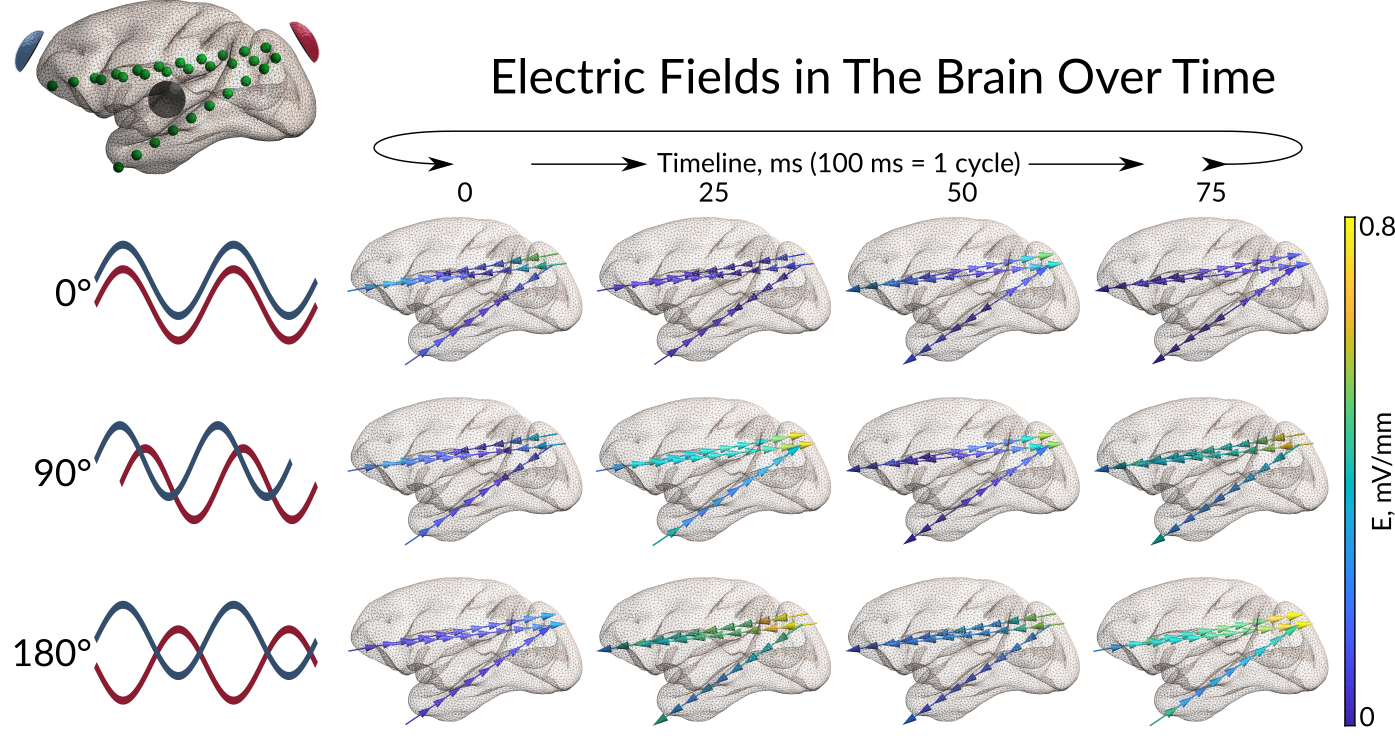